Have you ever thought you were read a guide on how to survive a vulture attack? Most people haven’t. Most people never think of being attacked by one. Can’t blame them, how many people have ever been attacked vultures anyway?

Well, let’s get some numbers. According to a story I read about earlier that ‘ll discuss further down the article, a vulture will attack even a group of full-grown adults.  Did it hurt? You bet it did. More on that later.  Vultures look like griffins. Imagine being attacked by a griffin that you would see in a Lord of the Rings movie.

No thank you. In the last article, you learned how to survive a cassowary attack. In this post, we’re going to cover how to prepare and survive an attack from a vulture.

Here’s what we’ll cover in this vulture survival guide.

RELATED: How To Survive Any Wild Animal Attack

Is this survival guide even necessary? I’ve never heard a story or seen a news headline about someone being attacked by a vulture.

Typically, they wait until the person or animal stops moving completely before they flock into feast on the corpse.

However, if you fall asleep on the ground on a camping trip for example. Is it possible a vulture will think you’re a fresh corpse ready to be scavenged? It’s possible.

They can still inflict damage to you. Maybe not directly from soaring down from the sky and clawing your face. But did you know the droppings from black vultures can destroy your vegetation and crops?

That piece of information is valuable if you’re a homesteader or gardening to grow your own food.

Why Would Vultures Attack

After researching, it seems the only real reason a vulture would attack you would be if it’s trapped by you primarily and can’t fly away. If you corner it, taunt it, or provoke it. They will try to fly away first before attacking you.

If they do attack you, you’ll want to know exactly what to do.

The type of people that are most vulnerable to being seriously injured by vultures is children. See this video of a vulture snatching a baby from the ground. 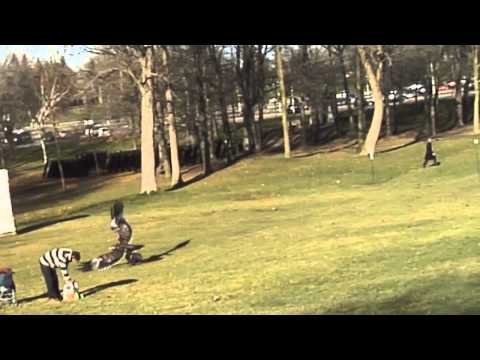 If that happens, it’s crucial to know what to do and to act instantly without any hesitation.

What To Do If Attacked

I read a story from Quora about a single black vulture sending 7 grown adults to the ER. So provoking a vulture isn’t a good idea.

Vultures have one major advantage over people in combat, flight.

They can fly, we can’t. Boohoo. But we don’t need to fly to defend ourselves against them.

If you need to defend yourself against a vulture, do what you can with what’s around you or any supplies you have to put yourself under. Vultures and any other bird for that matter can swoop down and attack you from above if there is nothing over your head.

Remove that possibility and you remove the entire advantage the vulture has over you and now makes it an even playing field. Face to face, you’ll be able to protect yourself.

Grab their wings if you can and do everything you can to position yourself behind them as much as possible. Behind them, they can’t do anything except try to fly away. Punch them, kick them, and do anything else you can to inflict as much damage as possible to them.

You are never unarmed.

If you’re still asking yourself, how do you survive a vulture attack? No need to. The odds of you being attacked by one are less likely to be able to outrun a grizzly bear chasing you down.

Now you know what to do if one of these griffins attack you in the wild. Being attacked by a vulture is rare, but it only takes one time to change your life forever.