TSJ > Off The Grid > 123 Survival Uses For Bandanas 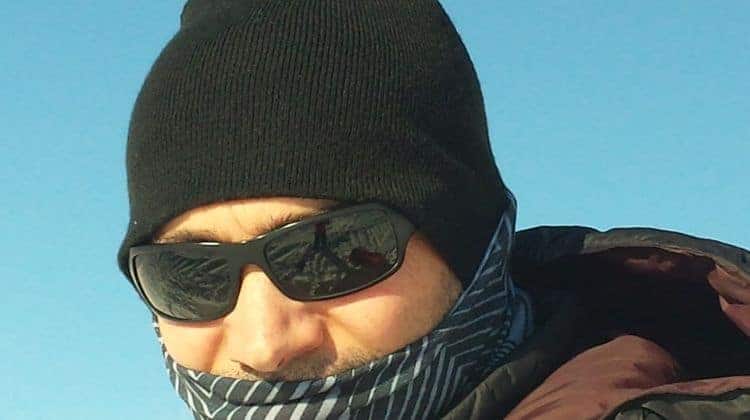 Some items can be used in one or two different ways for different functions.

Then there are tools like a bandana. I say “tool” because it’s essentially not even a piece of clothing, that’s just one of dozens of different uses for it. No. There are dozens of survival uses for a bandana, it’s crazy to not carry one.

What were bandanas originally used for?

Bandanas are originally from India. They were used as handkerchiefs. They were and are still made of silk and cotton. Mostly bright colors like red and blue.

In the U.S. They were born out of a struggle for independence. They are an American symbol. For more information on the history and background of bandanas, visit this page.

You’ll think about how much a tactical behemoth this one piece of clothing can do. Let’s start with the list.

Take the bandana and make a makeshift hat with it.

Soak in water and use as a neckband to keep cool

Tie to the car antenna for easy spotting

Keep your cat warm and in style

Use it to tie up an attacker

Tie to luggage for easy spotting

Use it to cover your neck for protection against the sun

Tie around your head to protect it from the sun

Filter water through the bandana.

Wrap up a sprained ankle

Use it as a mini-apron

A backpacking strainer for pasta

Give as a gift

A flag for capture the flag

Gather wild blueberries in it

Bind a stone and toss a line over a limb

To tie extra stuff to a backpack

Mark territory in the woods

Stuff to make a pillow

To secure a splint on a broken arm or leg

Mini blanket for the Chihuahua

Use it for self-defense, strangle an attacker

Use it to muzzle a dog

An emergency repair for a strap on a pack

Makes the perfect napkin when eating on a camping trip

Whip it out when you sneeze as a handkerchief

A net to gather minnows for bait

Parachute for Barbie or Ken

Use it as a collar for your survival dog

Use it to wrap up your arm if you get injured

Muffle a sneeze or cover a cough

Use it as a  tea strainer

Moisten and wrap biscuits, pancakes to keep from going stale

To wipe sweaty hands when the chalk bag is empty

Tie together for a belt

Add a piece of cord for a halter-top

Fill it with DIY materials

Use it as a sack to carry food

Collect Edibles in the wild

Cover your face for a daytime nap

Plug nose after encountering a skunk

Dry feet after fording a stream

Clean Glasses and other lenses

Mask for robbing stagecoaches and banks

To lead a line dance

Make into a doll

Use it as the filter to make coffee

Tie skis together to carry

Tie together and twist for a rope

Cheer at a parade or sporting event

Use it to work on a hot car engine. Keep one in your roadside emergency kit

Wrap around snow or ice for an ice pack

Disguise your voice on the phone

As a blindfold to sleep past dawn

Use it to gage wind direction for navigating the wilderness

Blindfold for Pin the Tail on the Donkey

Flag down a taxi

Wrap it around your hand and use it as a pot holder so you don’t even need real potholders if you don’t want them. A minimal kitchen at it’s finest

That’s a metric ton of functionality for a little piece of cloth. We covered over 100 different ways to use it and the list could still be twice as long.

Difference Between Bandana and Shemagh

A common belief is that a bandana and a shemagh are the exact same thing. Not exactly. Even though they are both tactical and multifunctional behemoths.

Shemaghs are the more popular choice amongst EDC advocates and preppers. They are larger and thicker in general.

Scarves are just lighter so using them for warmth isn’t very effective. Overall, you get more bang with the shemagh.

Here is a video by SensiblePrepper, he goes over 40 survival uses of bandanas.

Also, here is another video that is rather extensive.

If you’re interested in even more functionality for the bandana, watch this video of over 100 uses of the best survival bandanas.

We list a lot of different ways you could use a bandana for survival. Such a simple item can have so much versatility and functionality.

You can pack it in practically any go-bag and survival kit you have since they’re so small and can mold into any shape. Pack one or two, you never know when you’ll need to use it in one of these ways.

Do you usually keep a bandana with your EDC or any emergency kits?

Up Next: Make A DIY Blowgun

We use cookies to ensure that we give you the best experience on our website. If you continue to use this site we will assume that you allow it. Cookie PolicyAccept