There a lot of survival myths floating around out there. Like any other subject or field, there are things that are commonly thought amongst the majority of people that simply aren’t true.

Survival and preparedness are no different. There are survival myths, misconceptions, lies, and rumors. The difference between survival and other subjects is, believing something that isn’t true could actually put you and your family in real danger.

It’s crucial to know what’s true and what’s not true. So in this post, we’re going to clear up some common and not so common myths to be more prepared for the future.

What you believe dictates what you do. Most people don’t prepare for future disasters even though they are inevitable because they don’t believe it will happen to them.

If you believe starting a business or investing in gold during a recession to eventually become financially free and become truly self-reliant is risky, you won’t do it.

When you read about a Tornado destroying a family’s home and you don’t believe it could happen to you, you won’t prepare for it.

Where Myths Come From

Many myths come from Hollywood. With all the survival movies about disasters and other survival emergencies, it’s easy to believe them to be somewhat at least somewhat accurate.

Luckily, there are some survivalists that have broken down some of the most common movies about surviving.

Survivalist Les Stroud when on GQ and broke down some survival scenes. 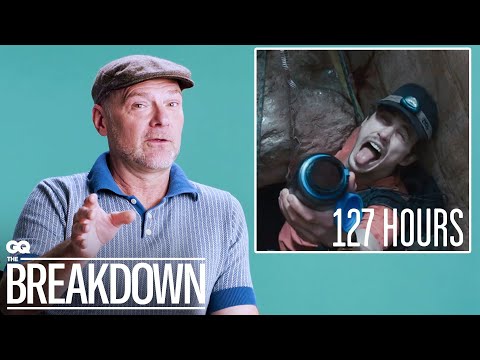 You might have also seen Bear Grylls go on Vanity Fair and break down some survival scenes.

Some folks in the survival community aren’t a big fan of Bear Grylls as he has done some things for movies and TV strictly for the entertainment factor, even though it might not have been true or accurate.

You can still benefit from the breakdowns though. 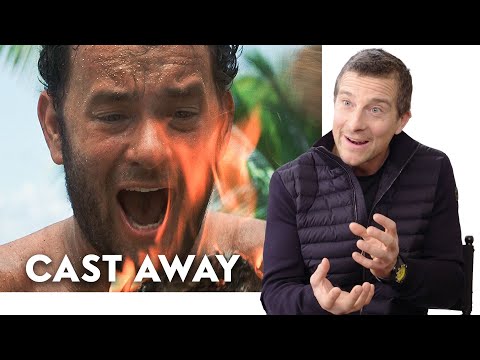 There are survival myths and facts about every category of survival and self-reliance. Believing one or two of the biggest survival myths is enough to cost you everything in a survival situation.

At some point in time, we all have thought about getting stranded on an island or in the wild. Also, some of us seeking adventurous and thrilling experiences need to know the right survival tips to handle such unexpected situations. There’s heaps of information around when it comes to surviving if you are lost somewhere where you can’t find a conventional shelter, food, or even water.

However, a great deal of that information is misleading and often makes people believe some fatal myths. Below, we take you through 20 survival myths that could get you killed while debunking them at the same time.

Myth 1: Food is the Foremost Thing to Look For

Undoubtedly, the most popular myth on the list is that searching for food is the first thing to worry about. Actually, it should be a matter of concern only after concerning about your security, working up a shelter and light a fire.

The human body can survive a tough situation without food for several weeks, which gives you time to ensure your safety and seek external help.

It’s a false belief that hypothermia occurs only in cold climates. Actually, heavy winds, wet surroundings, and highly elevated regions cause hypothermia. Leave aside jungles or damp forests, it can also catch you in a friendly environment.

The key is to stay warm and dry, thereby preventing the body temperature from dropping too much. Keep an insulation layer between the floor and yourself, preferably, also working a fire.

Myth 3: It Takes Plain Friction to Spark a Fire

Simply creating some friction between stones isn’t enough to spark a fire.

It is essential to have the right kind of material and dry elements to actually make it work. Sometimes, people keep trying to light a fire and never really make it. It takes even more effort and skill when the weather is unfavorable. Even wet matchsticks can’t work if they are dried later.

One can survive without water for nearly four days, and that’s why it is advised to look for a good source of water instead of drinking your urine as it contains several waste compounds.

The bacteria content in urine is even higher when you are in a survival situation and already feel dehydrated. Try collecting water from certain plants or collect dew to gather water.

Myth 5: You Can Wear Any Base Layer

Relying on cotton as the base layer of clothing in cold environments can not only lead to hypothermia but also kill one. It can be perfectly fine for dry and hot weather conditions, but cotton ditches all the insulation when it gets wet.

If you sweat, it soaks the skin moisture into its fibers, eventually cooling the body. You can alternatively go for wool or synthetics, depending on the kind of surroundings you are planning to go to.

Myth 6: You can Survive on Things That Animals Eat

Humans and other animals are hugely different from each other when it comes to things to eat. Various plants that are edible to animals can be highly poisonous or even fatal to humans. Additionally, a variety of berries consumed by birds or different mushrooms and nuts eaten by squirrels can actually kill as.

It is widely believed that you can survive by eating wild berries. Actually, most of the plants you encounter in the wild are not edible. It’s very hard to pick the right berry or plant in an unknown environment. Wild edibles can be suitable for consumption only in the fruiting season in a desert surrounding.

Myth 8: You can Suck The Venom Out of a Snakebite

Cutting the snakebite or sucking the venom imposes a larger risk of infection for the victim as well as the one who tries to the such the venom. The human spit can be even more harmful to the victim while making the venom enter the other person’s system through the mouth.

It’s best to keep the victim calm, put on a pressure dressing, and seek medical help, if possible.

Several movies and cartoons have made us believe that alcohol helps to keep you warm in cold weather. However, this is one of the most prominent myths about survival that can get you killed.

Although a person may feel warmer, liquor leads to the dilation of skin-surface capillaries and blood vessels, eventually chilling the body’s core even more quickly. You can drink cocoa or hot tea to keep yourself warm.

Myth 10: Getting Water from Cactus Helps

Of all the cactus varieties, only the fishhook barrel isn’t toxic and can work for water consumption. Apart from that, all cactus fluid makes you sick and leads to vomiting. The water out of a cactus plant is a highly alkaline fluid that will further tax your kidneys or even result in a heat stroke.

Myth 11: Play Dead When Attacked By a Bear

Instead of playing dead, you may need to fight the beer for your life. Make sure you don’t run as this will make the bear chase you.

However, the fact that bears are reclusive in nature makes it a good choice to talk loudly, carry bear bells, or sing if you are exploring the area. This will make the animal steer clear of you by themselves.

Myth 12: Punching a Shark in the Nose Saves Life

Many believe that punching an attacking shark in the nose sends the creature reeling. This is totally unpractical as you can’t really punch anything underwater. Instead, minimizing all possible angles of attack by backing up against an obstruction is the key to survival.

In the worst case, you may need to hit the shark in the gills and face. Poking it in the eye stops it from attacking.

Uncooked food can be fatal as the pathogens present in raw animal flesh can harm the human body. Although, certain saltwater sea creatures are safe for human consumption even the raw form because the constituting pathogens aren’t that compatible with our bodies. To avoid the risk of infections or hard-to-diagnose problems, make sure to cook meat and then consume it.

Myth 14: You Can Eat Snow to Stay Hydrated

The air-to-water ratio in the snow is roughly 9:1, which implies that it’s more of cold air than frozen water.

For every one quart of water, you’ll need to consume 10 quarts of snow, eventually leading to a core freeze or hypothermia. It is advised to make sure to melt snow before consuming it to stay hydrated.

In case, someone’s core temperature drops far below 98.6 degrees, it is essential to rewarm them. However, going for a hot tub or high heat sources can be not only painful but can also lead to a heart attack. What helps the condition is to go for human touch rewarming or putting hot-water bottles in armpits.

The surrounding region and conditions largely determine the perfect shelter. In colder areas, one must protect themselves from wind, as well as to insulate from the ground at night. Something with layers and walls helps to stay dry and warm. Although a lean-to can provide a shield from winds, it fails to keep you warm.

Myth 17: Swimming Parallel to Shore in a Rip Current Always Saves You

Often times, rip currents hit at an angle. It is advised to swim in the opposite direction of the current, i.e. at an angle from the current. You must stay alongside the shore, while gradually swimming towards the same. One must swim parallel to the shore only if the current goes directly out to sea.

Myth 18: Moss Grows on the North Side of Trees

It is widely believed that moss grows on the north side of trees and it can help you navigate. Actually, moss grows wherever weather conditions are favorable for the various species to thrive. In fact, some areas find more moss growing on the south side of trees if it’s warmer and sunnier.

Myth 19: You Can Cure Frostbites by Rubbing

You must never rub frostbites as it will only worsen the injury by leading to tissue damage and more pain. The cause of frostbites is the formation of ice crystals in the skin tissues and rubbing it lacerate new cells. Instead, allow the frostbitten skin or tissues to undergo a gentle and gradual rewarming. Also, you can go for painkillers, if carrying any.

It’s a myth that a group of flying geese at dusk will always lead you to water. However, this can’t be assured every time as they often fly to a known spot for the night, instead of searching for water. The fact that we aren’t sure of their plans, we can’t depend on the direction of their flight to find water.

Taking a look at the aforesaid myths, it won’t be wrong to state that survival in unknown environments is surely isn’t easy. That too, with a whole bundle of survival myths prevailing out there. However, the best we can do is take a thorough look into the same as well as arm ourselves with the actual truth and solutions to make our way in such situations.

Now you’re aware of the myths that could make matters worse for you by believing the false truths.

I hope this post on survival myths helped you be able to rethink your thoughts on the topics and become better prepared for the future.

Disasters and emergencies will happen. We recently learned the hard way that Pandemics will come and we need to be fully prepared long beforehand.