Creek Stewart is one of the most popular survivalists.

He’s been featured on the cover of the American Survival Guide and is one of their authors. He’s also the author of many books on survival and preparedness. You can see the books he’s published on Amazon.

Creek Stewart actually learned how to survive in the field at the tender young age of 21. When you learn something that young, you know you are going to be good at it when you grow up. That is exactly what happened with this fellow. He became passionate about survival. He loves living life outdoors instead of city life.

Creek Stewart built the Willow Haven Outdoor Training School and it earned a lot of awards. Because of it, he was interviewed by so many media outlets. They knew that each student who graduated from the school was able to learn a lot of things. Stewart made sure that each student brought a lot to the table. Aside from the lectures, there was a part where you really go to the woods and do a lot of things that they will actually do when they are there in the future.

Chicago Magazine recognized the school as a good one that a lot of ambitious survivalists should certainly consider going to. They did not hesitate to give it a good recognition and they were not the only ones who recognized what a gem it is. In fact, MSN named the school as one of the top ten survival schools around. The school will teach you how to build a shelter in the time of rain and how to avoid the heat when it is too sunny. You will also get taught which plants are safe to eat.

Fat Guys in the Woods

The Weather Channel bought the rights to Creek Stewart’s Fat Guys in the Woods. From the title itself, it tells the story of how fat guys need to survive ten days in the woods. Hilarity ensues when these guys are not exactly used to being out in the wild. There is no doubt they are used to falling in line for buffets and just sitting on the couch while playing on their tablets. That will certainly not work when they are released into the woods as there is no TV there for them to just watch the entire day. There won’t even be anybody who will cook for them while they sit and wait.

The only good thing for them is that they will certainly lose a ton of weight when the challenge is finally over. They can compare their before and after pictures of doing the challenge and they will observe that it really is a big difference. When you are obese, you would want to know that you need to lose a lot of weight in a hurry. You will become a magnet for fatal diseases and that won’t be good for your future. You may not even have the opportunity to see your grandchildren. We all have one body so we must take good care of it before it is too late.

Creek Stewart released three survival books and all of them became quite a hit. His first one became such a big hit on Amazon that a lot of people left positive reviews on it. It was not a surprise that the same success came for his second book. It slightly mocks The Hunger Games trilogy novel since those books deal with survival with other people involved. He certainly thought up of a nice concept to tackle. Now, he writes articles quite frequently for theartofmanliness.com. It is a website about all things for men. Yes, it is not just about survival tactics but you can expect most of his topics to be about that. Still, he is happy that he gets to talk about a lot of other things other than survival.

Aside from all the above success, Creek Stewart is an all-around nice guy. Whenever he gave interviews to the media, he would always have a smile on his face. There is a reason why so many publications wanted to interview him. Men’s Fitness Magazine has an interview with him and they would love nothing more than to interview him again in the future. He is a great guy to get along with. He has a lot of friends who are close to him. The future only looks bright for this young fellow. 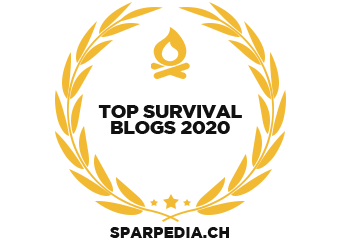