How often do you do a DIY survival project? Once a week? Once a month?

The more we do, the better we’ll get. Here are a few projects that are perfect for preppers to start. They all produce a high return on completing the projects.

All of these projects are specifically designed and engineered to make your more self sufficient and much more prepared for when disaster strikes.

You benefit massively by doing any of them if you haven’t done so already.

How often do you DIY instead of forking over the cash to have someone else do it?

As a prepper, being able to take everyday items that are already likely to be laying around the house collecting dust and use them to create something useful is an admirable skill to have.

Related: If you want to make your own arsenal, you can. Make your own Survival Gear and weapons at home. Visit this DIY survival gear guide we made recently. It covers how to make dozens of different items and weapons for survival and self-defense.

Some DIY projects are too big to be practical. They need multiple people, special premium tools, complicated electrical skills, or a large number of resources that wouldn’t be sustainable for one person.

The survival projects in this post aren’t like that. They are small and practical for one person to do.

Let’s start with number one.

Collecting and moving water can be tricky. This project makes it easier.

Here’s a step-by-step tutorial on how to make transpiration bags. 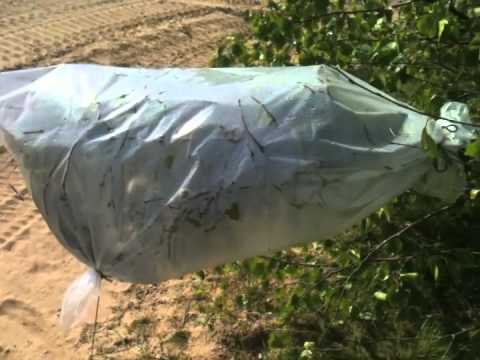 You can see the video on how to make the Ultimate Mouse Bucket Trap here.

Alarms do a good job of communicating to us that an event has just occurred that we should be aware of. Which is to make an obnoxiously loud noise when a person who does not live in this house, enters the house, aka breaks in.

But what about when we’re out in the wilderness? Alarms work great when we’re in our fortified homes structured and booby-trapped to survive a nuclear bomb…

But when we’re camping for example. The situation is a little different. Last time I checked, ADT doesn’t install “home security systems” right outside a tent in the middle of the wilderness in Georgia.

So what can you do? The clothespin alarm trigger project is. the answer to your prayers in an environment that’s not your home.

Here’s how to make it. 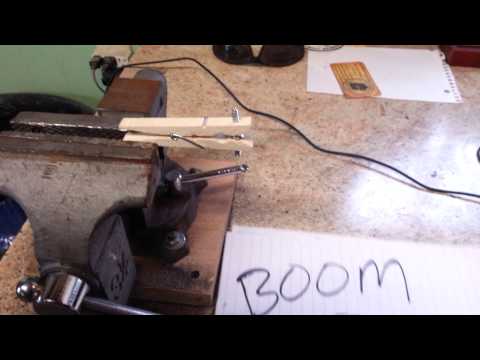 When you think of firewood storage, you probably picture stacks of logs shoved against the siding of a house. Because that’s how most people store their firewood.

This project is a solution to that.

This video is packed with good ideas on other ways you can store your firewood. 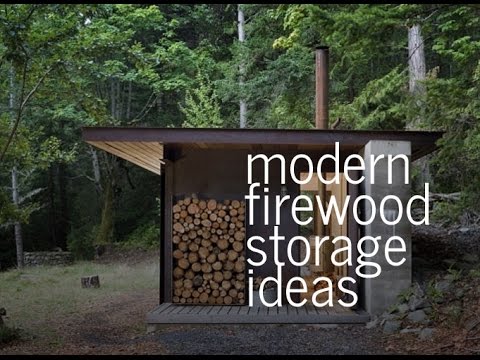 A survival kit that can fit in your pocket is a great way to add a thick layer of preparedness to your day to day life.

Make one that packs the essential tools you need for less than $5 here. 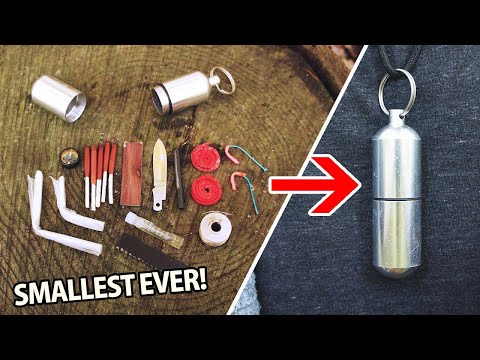 Putting together an emergency preparedness binder is one of the most important preps you can do for your financial survival.

Just don’t run out and get one of those .99 cent binders that would break on the 4th time opening it.

This ain’t no typical binder you want to throw in the bottom of a box to then go in the attic to collect dust for a decade or two.

This binder is one of the most important and valuable assets that is vital to you’re entire preparedness plan.

Every household in America should be required to make one for themselves and their family.

TIP: If you don’t want to make one for whatever reason, it makes an invaluable gift to someone.

Go to the full guide on how to make a family emergency binder here, PDF’S are included. Food is one of the essential pillars of survival. The pillars are the fundamentals and most results in anything come from the boring fundamentals.

This project is one of them. And it’s absolutely crucial to have. If you don’t have a prepper pantry yet, start now.

What is a prepper pantry?

It’s essentially a stockpile of food that’s properly stored away in a safe location that you’ll have for when disaster strikes. Short term and longer term.

Food and also water should be included in this preparedness project. Enough for short term 72-hour emergency situations and also 30-60-90 day stockpiles of food and water.

So how do you do that? Go here for the complete guide.

Is it really worth building your own DIY bunker?

Is it worth shelling out tens of thousands of dollars to build a bunker that would give Fort Knox a run for its money?

Probably not, even though it would be fun.

But a survival shelter that would be safe during a hurricane or a tornado if you live in tornado land. 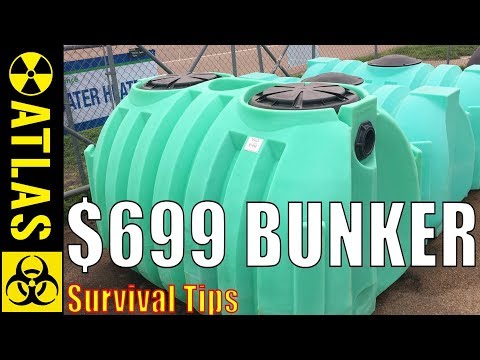 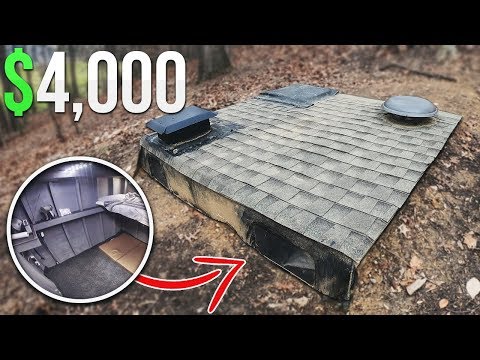 I think the $699 bunker is ideal and would work well for most people.

Hunt a Brown Bear With A Bow

That’s my only advice on this topic. I haven’t gone bear hunting with a bow and arrow and probably never will. The consequences of not having a perfect shot are too significant for me. But I have a lot of respect for bear bowhunters.

Shut Down Your Home in 3 minutes

How long would it take you to turn off all the power in your home?

What if you only had 3 minutes to do it.

Well, here’s how to become a speed demon at powering down your house.

Practice some test runs of powering down your home. You’ll be surprised how long it actually takes to kill all the power.

After learning the basic and essential survival skills for a while. We want to explore new and useful skills that would benefit our lives personally the most.

Here’s a fun one. Let’s fortify your door and make it indestructible… for a dollar.

I’m a huge believer and practicer of KISS.

Why? Because it works and is more efficient by multiples and multiples than trying to execute complicated strategies and methods that never seem to ever get done.

The reason we can fortify a door for a dollar, and have it actually work is that it only requires two items and both of them are simple and inexpensive.

Watch this video on how to do it. 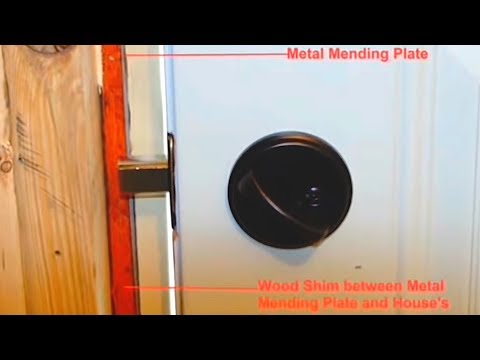 Go Off The Grid For a Weekend

This one is more of an adventure and a self-reliance test than a project. But it’s an important adventure t go on. Especially if you’ve never tried it before. Could you really survive living off the land for a few days?

Try it and tell us in the comments how it went.

Pick Up Some Chicks

Have you ever eaten fresh eggs that went straight from a chicken you raised to the hot pan on your stove, to your breakfast plate.

Well, if you have then you know how there is. no comparison between fresh, real eggs without all the processed junk and the so-called “eggs” that are packed into our food supply now from the corporate grocery store chain near you.

That reason alone, not counting the dozens of other reasons to start a chicken coop, is enough to get a couple of chicken raising experiences under your belt.

Here’s how to get started. 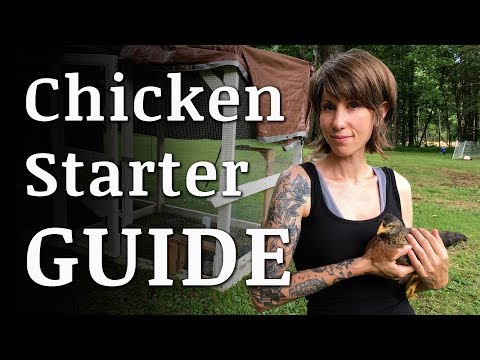 When you think self-sufficiency, you think of the ability to grow your own food. Being able to produce food on command through gardening is one of the most useful and important areas of survival you can build.

Here’s how to get started. 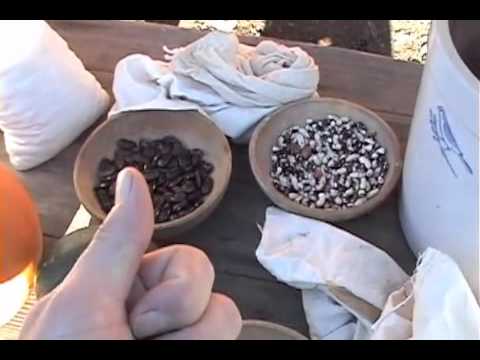 There’s quite a lot of different DIY stoves you can make out of rather random objects. Here’s one that just works and is simple.

It’s portable which is the most beneficial attribute of this DIY stove. 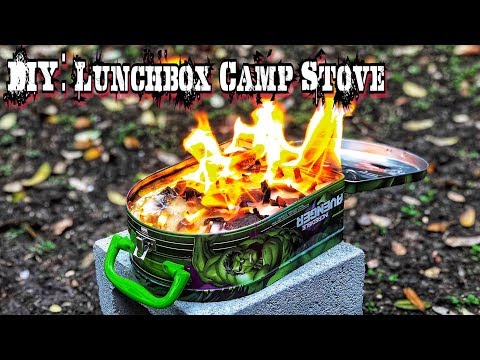 The fact is this oil lamp is great because it’s incredibly efficient. It uses vegetable oil which is cheap and in abundant availability.

Make a DIY Water Filtration System Out of 5-Gallon Buckets

Filter water for safe drinking and storing drinkable water for when disaster strikes. 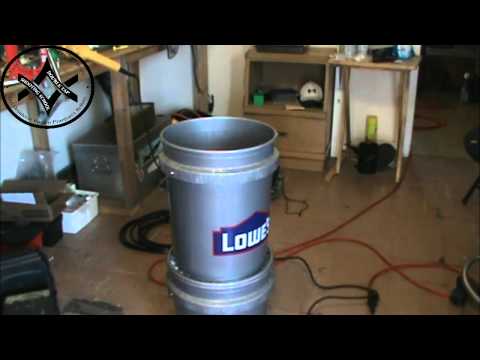 Solar is the future. Living off the grid is likely to become the future. What will you do for power?

That’s right. Solar is the answer.

But don’t pay thousands and thousands to have third-party contractors come and dissect your rooftop like a college anatomy class. Take on a sweeter survival project for a change. Become a beekeeper and harvest the golden nectar known as honey.

Here’s how you can get started. 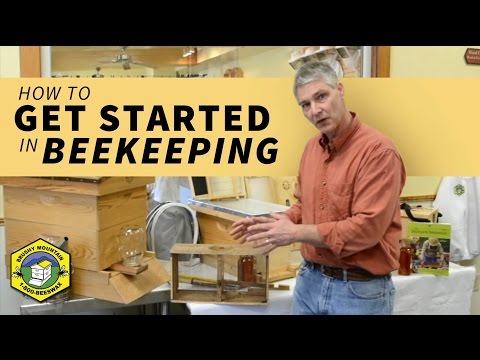 We made the ultimate survival library for preppers here. It contains over 100 books that will make you prepared for anything.

Here are 27 concealed carry skills you need to learn and work on.

All three of these books are inside The Ultimate Survival Library we built so you can go visit that if you want to discover more books to read on any subject survival related.

Your DIY skills can never reach a glass ceiling. There are countless projects to take on to build, learn, and improve your building skills with.

And these types of prepper projects will enhance your survival abilities even more.

How many DIY survival projects have you done?

Up Next: 54 DIY Projects For Preppers