Home / Survival Food / Yes, You Can You Eat Poisonous Snakes (Only If You Don’t Have This) 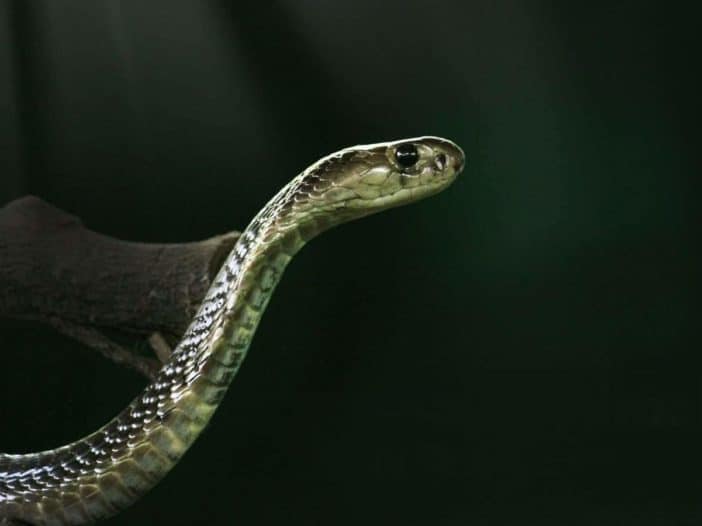 Can You Eat Poisonous Snakes

The venom from venomous snakes is actually digestible. So even eating the entire head of a snake which is where the venomous sacs are located. Yes, you can eat snakes, dead or alive. But there’s a risk. If you have a cut or open wound in your mouth, stomach, or anywhere else the venom would pass through, the venom could access your blood where the venom inflicts its damage. If you don’t have any open wounds. Go and eat a poisonous coral snake for dinner. Bon Appetit.

They say that if you’re hungry enough, you would eat anything, even a poisonous snake eggs. That’s mostly true. I’ve been hungry to the point of eating some things I wouldn’t say out loud.

What would you eat out in the wilderness in a grid-down scenario? When SHTF and you need to bug out and live off the grid for a period of time.

What would you eat?

You come across a snake that looks like it’s big enough to feed you for a week. You’re so hungry even the thought of eating a venomous snake makes you drool.

You identify the snake as a King Cobra by its olive green skin and yellow belly. “King Cobras are poisonous” you remind yourself. You quickly figure out how to kill the snake without getting bit.

Related: 10 Facts About King Cobras That Could Save Your Life

You might be thinking, can you even eat poisonous snakes? Wouldn’t the venom harm you? That’s what we cover below in this post.

Can you eat poisonous snakes?

This is the idea behind the question.

If the venomous snake can no longer bite because it’s dead, wouldn’t the venom that’s inside of the snake still be dangerous and potentially deadly to a person if they ate the snake? Especially the head of the snake where the sacs that store the venom are located?

The venom of the snake itself is actually digestible. The venom wouldn’t harm you if eaten. In order for the venom to be actually toxic and inflict the harmful and potentially deadly effects on your body, it would need to get in touch with your blood or tissues.

This is usually done of course by being bitten. When you’re bitten by a venomous snake, the venom is injected directly into your bloodstream and that’s how the venom inflicts its effects.

However, with that being said, there is still a catch, and this is crucial to know if you’re going to be out in the wild eating snakes. If there is a cut, abrasion, or any type of wound that gives direct access to your bloodstream, it will feel worse than the stomach ache you get after eating a happy meal.

Or inside of your stomach digestive track or, anything in your body that would normally be passed through.

This would make it similar to as if you were actually bitten by a snake even though you weren’t, as long as the venom can get into your blood, it’s pain time.

Eating a venomous snake, in theory, won’t harm you and is able to be digested.

But if you have cut or something in your digestive tract that you don’t know about, it’s a risk. It’s better safe than screaming in agony because you didn’t know. That’s why preppers prepare ahead of time.

We hope this article helped you determine whether or not you can eat poisonous snakes.

The editors of The Survival Journal have been through the trenches in their field of survival expertise. We're on a mission to bring back Self-Reliance and Survival Skills to modern society.