The world is dangerous. According to Statista, the number of robberies by strong arm in the United States in 2017 was 121,126. Learning some self-defense tactics and techniques is a good idea for anyone. Women tend to be more vulnerable to attacks and muggings simply because they are physically weaker to defend off attackers, in most cases. The streets are not safe anymore. People want to know what the best Martial Arts for self-defense purposes are so they can defend themselves if the time comes.

Picking a martial art to learn and develop is a great idea. If you learn self-defense techniques, it won’t matter how stronger or larger a potential mugger is. You’ll be able to submit them to a pulp. Which is what we recommend.

The Survival Journal is all about giving you high-quality information in order to keep yourself and loved ones safe from harm. We live in a screwed up society, to say the least. Especially if you live in a larger city, there are too many people to walk around without any self-defense knowledge. Plan for the worst so if anything does happen. You’ll be ready for it.

We’ve talked about how Aikido is essentially B.S. So we recommend you chose something that will actually help you and possibly save your life in an emergency.

Not some hocus-pocus. Not “this sounds like it makes sense and sounds like it would work in the real world”. Here are 10 martial arts to consider learning. They are in no particular order.

Kyusho and Jujitsu was started on the basis of working multiple methods and principles of martial arts – including Okinawan Ryukyu Kempo,

Combative Small Circle Jujitsu, Brazilian Jiu Jitsu, and the Filipino weapons martial art of Modern Arnis – to learn realistic and practical self-defense. Learn versatile skills that range from simple pain compliance and control techniques to protection in life-threatening situations. We combine skills of grappling and striking to create a well-rounded martial artist. AKJ teaches the self-defense skills as well as traditions and history of the arts as it relates to the integrity of the art and the self-cultivation of its practitioners. EMPOWER YOURSELF in building skill, strength, character, community, and confidence.

Read the rest about Jujitsu here.

Developed over hundreds of years, the ancient martial art of Muay Thai is known for its tremendous power, maximum efficiency, and raw simplicity. Often referred to as the “Art of Eight Limbs”, Muay Thai utilizes a beautiful symphony of kicks, punches, knees, and elbows with fluidity and grace. Muay Thai is now one of the most well-known and practiced martial arts in the world. It has proven to be effective, which is why it is most common striking base in the vastly popular, fast growing sport of mixed martial arts.

Read the rest of this article here.

Boxing is a good choice for self-defense. It doesn’t hold any punches and is straight forward. 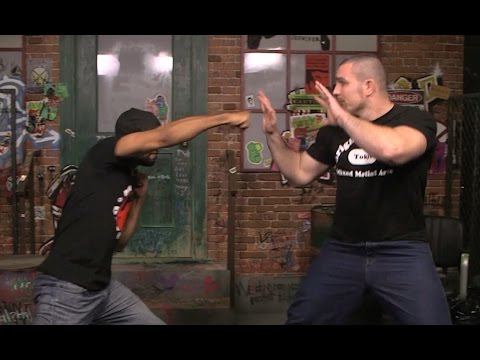 Karate has and always will be beneficial to practice.

MMA is a solid choice. You would be learning how to use your entire body in nearly every way you could in combat. Do you need to become Connor McGreggor to be able to use MMA for self-defense?

Of course not. But MMA is the style of mixed martial arts. You would learn how to throw punches, kicks, takedowns, grappling, and other forms of combat. MMA is the total package of fighting.

Remember a fellow by the name of… Bruce Lee. Think of Bruce when you hear about the martial art “Jeet Kune Do”.

The name of the fighting methodology means “The way of the intercepting fist” in Cantonese. To get a better image in your mind, watch the video below which shows you 5 of the basic ways to attack and defend yourself with Jeet Kune Do. 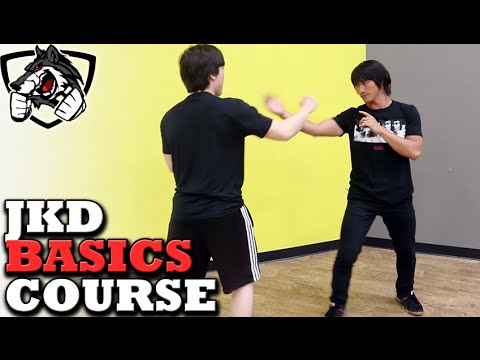 Keysi is another style of self-defense martial arts that’s worth looking into. See the video below that demonstrated some of the fighting techniques of Keysi. 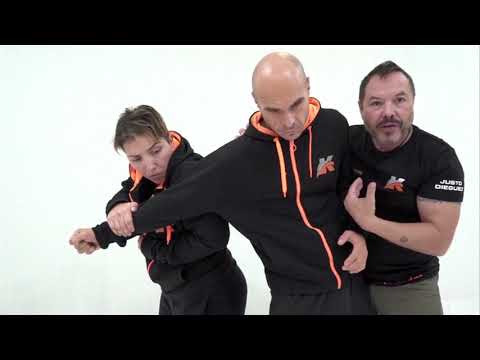 Have you ever seen a fighting move or technique and said “yeah right…”. We all have right? In just about every movie that has “fighting” in it. Wing Chun is a martial arts style that has a lot of hype around it. It’s tough to say for sure if whether or not it’s legitimate.

See the tutorial below and you’ll know what I mean.

Judo is one of the most popular martial art style for self-defense trainees. Here’s a compilation of fighting in urban street environments.

Krav Maga has claimed to be the most effective martial art for self-defense in the real world. it’s gotten more and more attention drawn to the style of the fighting because of its law enforcement flipping technique packed videos of training classes.

The style revolves around using your attacker’s body parts as leverage to inflict massive damage to them for the sole purpose of incapacitating them. It’s strictly for self-defense and it works.

If you’re looking for a real self-defense system, look no further than Krav Maga. Learn more about Krav Maga here.

Go through that list. See which one resonates with you and go for it. You can’t go wrong. Even if you never have to use the techniques in real life, we hope you never have to, you’ll still get tons of confidence and exercise.

Have you taken any of these martial arts for self-defense?